These companies are growing already 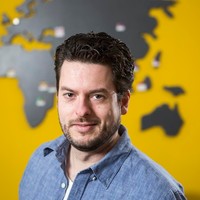 In 2021, eighteen entrepreneurs received loans from PlusPlus investors. Eighteen different companies, in different countries, who have at least 1 thing in common: Thanks to PlusPlus they were able to grow! What did they do with those loans and what has it brought them so far? Here are a few examples...

The above photo shows some members of Las Rosas, a Colombian cooperative of female coffee producers. They are growing seedlings from a new coffee plant, which they were able to purchase thanks to the loan from PlusPlus. This plant is a lot stronger than other coffee plants and therefore less pesticides are needed. This is better for the environment, but also for the coffee farmers, who thus have fewer expenses. To be able to offer their members this climate-resistant plant, they needed a loan, which is not easy to access for a farmers' cooperative. On PlusPlus.nl, the loan of 10,000 euros was collected by investors in record time.

Maybe you remember the cocoa entrepreneurs in Ghana: Blessed Kay & Kay, Y-Piesie, Trustworthy, Ibakaric and Okyeso? These entrepreneurial young people were trained in an education program that PlusPlus founder Solidaridad organized for many years. The program trained young people as cocoa farmers or entrepreneurs and taught them how to use modern techniques to improve cocoa production. After completing their training, several young people started their own businesses, offering their knowledge and services to other cocoa farmers.

The 5 most successful of these entrepreneurs saw PlusPlus as an opportunity to grow their business and applied for a loan. With this loan, they bought new tools, an extra tricycle and were able to hire other young people. This allowed them to serve more cocoa farmers, who have a better harvest thanks to these services. By now, all 5 entrepreneurs have repaid the first part of their loan to PlusPlus participants.

A boost for the pineapple chain

Last year, PlusPlus gave the organic pineapple sector in Benin a boost by investing in both production and processing. The farmers of cooperative RéPAB are the only ones in Benin to grow organically certified pineapple. The cooperative has 1,600 member farmers, who are trained by RéPAB in organic farming techniques. Thanks to loans from PlusPlus investors, RéPAB was able to buy more pineapples from their members. At a fair price, which improved the income of these farmers.

RéPAB sells those pineapples to processing companies, including Divine Industries that processes them into juice. Divine also received loans through PlusPlus, with which they purchased 3 machines: one machine that crushes the pineapples and extracts the juice, a pasteurizer that heats the juice to kill bacteria, and a boiler. Director Antoinette Abbey says she is very happy with their new equipment. 'These machines allow us to take less time to process the same amount of juice. So we can increase our production.' As a result, they’ll need more pineapples to process. So good news for the farmers of RéPAB as well!

The Indonesian company POD Chocolate in Bali makes luxury chocolate. They buy the cocoa and sugar from Balinese farmers, who get a good price for it. Pod has received several loans through PlusPlus, two of which have been fully repaid already. The first loan enabled the company to buy more raw materials, while the 2nd loan was used to buy a new processing machine, which speeds up the production process.

But thanks to PlusPlus, our other entrepreneurs were also able to invest in and expand their businesses. In total, thanks to PlusPlus investors, more than 8,700 farming families improved their income, almost 4,000 farmers were able to grow their crops more sustainably and 87 new jobs were created. In short, together we achieved great results in 2021! And we’re looking forward to do the same in the new year. We are ready...